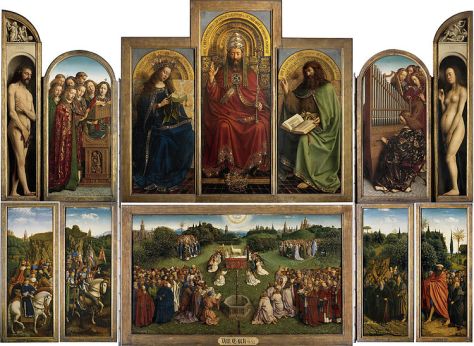 It is that time of year when people book holidays or look forward to the year ahead. Most of my trips are already planned in with attention now turning to 2021… However, art wise I think that 2020 will be a great year. The next 12 months will have some great exhibitions and here are the highlights of what Alessandra and I will be visiting.

The Ghent Exhibition of Van Eyck will I’m sure be a blockbuster and it is already in my mind approaching something like the Bosch exhibition of 2016 – this was also a homecoming of sorts for the Cities most famous son! I wanted to see the Ghent Altarpiece for years and wasn’t disappointed. I have been a huge Van Eyck fan ever since. The inclusion of some of outer panels makes this really special.

In the UK at least we only got a late morsel of the 350 celebration of Rembrandt. I disagreed with the reviews- the Dulwich Picture Gallery exhibition was great – go for no other reason than to see the Her Majesty’s Rembrandt self-portrait (for me it is one of his very best)! But that will change with the Young Rembrandt in Oxford – I have a few paintings in that which I’m keen to see especially those in which he’s inserted himself to a religious or historical painting. 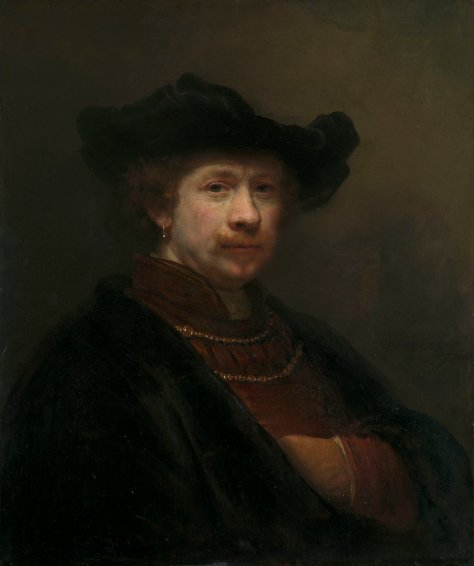 I really like Donatello and his impact on sculpting has been so important but we rarely see his work in exhibitions. Perhaps this owes a lot to the fact they are difficult to transport or so iconic that people just don’t want to lend. So the idea of a trip to the Louvre for this exhibition is great with some Michelangelo thrown in as an added bonus – I’m planning to combine this with a trip to Giverny to see Monet’s Garden.

4) Raphael: The National Gallery (3 October until 24 January 2021). There will also be an exhibition at the Scuderie del Quirinale in Rome (March–June).

If 2019 was the year of Leonardo then 2020 will certainly be the year of Raphael. There are two exhibitions I’m planning to visit. We are in Italy for Easter so will make it along to the one in the Palace owned / run by the Italian Presidency. I’ve found the exhibitions here to be a bit hit and miss. But the blurb so far sounds promising. It also will be pretty close to the actually anniversary. He died in Rome on 6 April 1520 on what was possibly his 37th birthday (the cause, according to the rather salacious Vasari, was a fever brought on by overexertion in ‘the pleasures of love’).

But it is bound to wet my appetite for the main event and the Raphael blockbuster at the National Gallery in London. The National Gallery used to be the very home of the Blockbuster but has in more recent times eschewed this approach and favoured the more off beat. Let’s hope this is going to be a return to form from the National.

I didn’t really blog in 2019. Something I plan to make good this year. May be at this time of year we look back a little on what’s been a highlight of the last twelve months. 2019 really was the year of Leonardo and my wife and I went to several ending with the rather disappointing blockbuster at the Louvre.

It was not a patch on Leonardo at the Court of Milan in London back in 2012. That remains one of my all-time favourites. So as much as I liked a visit to Turin (Leonardo da Vinci. Drawing the future with the wonderful self-portrait) and the chance to see the Vitruvian Man in Venice (Leonardo da Vinci. Man is the model of the world at the Gallerie dell’Accademia), it was the London exhibition of the Queens Leonardo drawings which made it into my favourites list in 2019.

The other four in my top five were

1) Antonella da Messina – in Milan. He was a superb portraitist in particular and the huge collection with 19 of his 35 surviving autographed works was simply superb. I’m now on the lookout for his remaining paintings which have made it onto my rather extensive list. 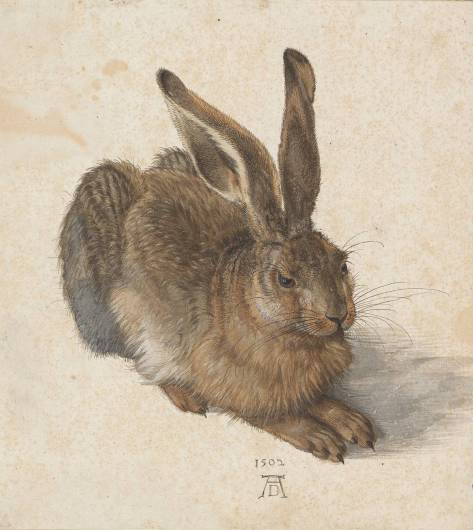 2) Albrecht Durer’s images like the hare are so familiar and rightly so they are iconic. But I had never seen the originals. A bit like the Vitruvian Man they are delicate works and so are rightly protected from over exposure. So the chance to see these was a real great treat.

My only complaint is that it was such a crowd pleaser that the gallery was so packed it made it a little hard to enjoy. Timed tickets rather than pre booked day tickets need to be considered by the Albertina in future.

3) Just across the way from the Durer exhibition at the KHM was Caravaggio and Bernini. These are two of my all-time favourites and what I think is fabulous about this exhibition is that it has a Caravaggio painting I’ve never seen before – Maffeo Barberini from a private collection in Florence. This rarely exhibited Canvass isn’t classic Caravaggio but there are also plenty those also. It closes in a couple of weeks’ time but is superb as you can see from the website.

4) Cranach exhibitions aren’t something that comes along every day. Though his works are numerous with over 500 at last count. So at trip to Finland to see one was well an effort. But there are worse ways to spend a weekend than a sauna and a swim in the Baltic and then see some art! The narrow focus on ‘Renaissance Beauties’ I felt helped make the show work. I’d like to see a lot more of these on Cranach.