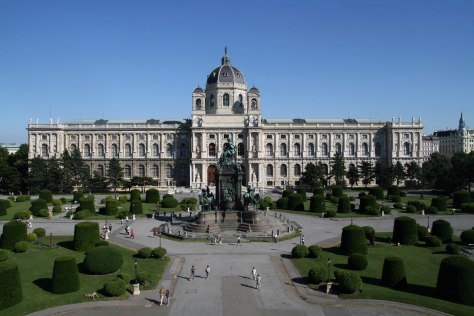 The Kunsthistorisches Museum or KHM, as it’s known to locals, is an absolute must on any trip to Vienna. Its collection is a superb treasure trove of art to rival the worlds very best. The building itself is in my humble opinion the most beautiful major museum in the world. I’m not trying to do down either the Louvre or the Hermitage (both are beautiful), it’s just that the KHM edges them out.

Despite its opulence it’s never been a royal palace. Its rich marble finishes, impressive staircases and magnificent dome were not therefore conceived as an extension of royal power and privilege. This was always a space designed to show art to the public. The interiors merely echo the beauty of the paintings and the pride of the Austrian nation. What really clinches its place at the top though is its continuous style. There are no incongruous modern extensions and no need for later additions to blend in. The KHM is instead a beautiful and complete whole.

But enough of the building. What I often ask myself when I am looking at so many great works is which one I would take home with me if I could get away with it. I came very close to choosing the wonderful Raphael Madonna del prato or Madonna of the Meadow or the The Allegory of Painting by Vermeer, but instead opted for a great work by Bellini.

Young Woman at her toilet was Bellini’s first female nude, painted when he was about 85 years old – he died just a year later in 1516. Even in his 80’s he was still continuing to adapt and innovate. What’s cleaver about the work is the way we get to simultaneously see two sides of the young woman using the device of the two mirrors.

The view of a Venetian landscape gives the painting depth. As does her position on a ledge covered by a superbly rendered precious carpet. By using the same colours (blues and greens) in the principal motifs and landscape to the left, Bellini unites the two into a graceful balance.

Bellini is mostly known for his great altarpieces or religious works. There are only a handful of paintings by Bellini in which he deals with mythological themes. Even those who don’t admire his works would not question his dominance and understanding of the depiction of the human form.

Bellini, together with his family, was essential to the development of the Italian Renaissance for his incorporation of aesthetics from Northern Europe. Crucially, Bellini made the use of oils and not tempera the dominant force. The use of disguised symbolism integral to the Northern Renaissance is evident in much of his work and happens in this painting as he makes a classical illusion to Pliny in the use of the scrap of paper to sign the work.

If you want to read more about Bellini, the Venetian master and a father of the Renaissance then you’ll find no easier place to start than this The New York Times article.

I’ve included just a few images of my favourite paintings and the Cellini below. 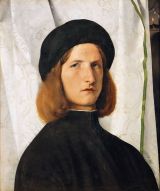 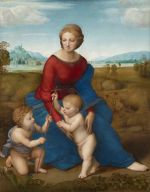